A group of people (many of them of German descent) started a church in a one room brick school house of the Kankakee School District. In 1870, this congregation purchased a lot on North Entrance and built a church. The congregation worked hard to raise money and paid off the $1,800 building debt by 1878. Their first services were conducted entirely in German until 1914. 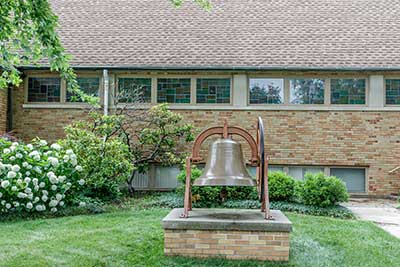 In 1889, the congregation decided they needed a bell for their church and commissioned the St. Louis Foundry to make them a bell. On Sunday mornings it could be heard up to a mile away. As the children learned English in school, the church services began being conducted in German and English up until 1935. At that time, the services changed to English only. In 1985, the bell was purchased from the church on Entrance. We hear beautiful sounds of the same bell as it rings to start our services every Sunday.
Several pieces from the original church have been moved to our current location. In 1955, ground was broken on our current facility located at 1045 W. River Street and a year later the first service took place there. In 1957, the Evangelical and Reformed Church merged with the
Congregational Christian church to form the United Church of Christ. 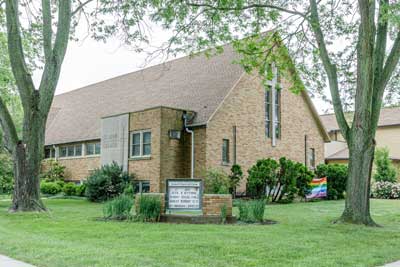 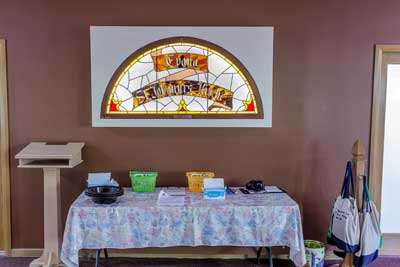 In 1982, a stained-glass window from the original church was purchased and refurbished and is located in our church narthex.
One of the most significant moves came in 2003 when the congregation voted to become an Open and Affirming church. St. John strives to be a spiritual home for everyone. The lack of accessibility for our members and guests led to adding a new structure onto the church. Our new addition was completed in 2017 and houses an elevator which accesses all levels of our church as well as a new larger Fellowship Hall and kitchen. 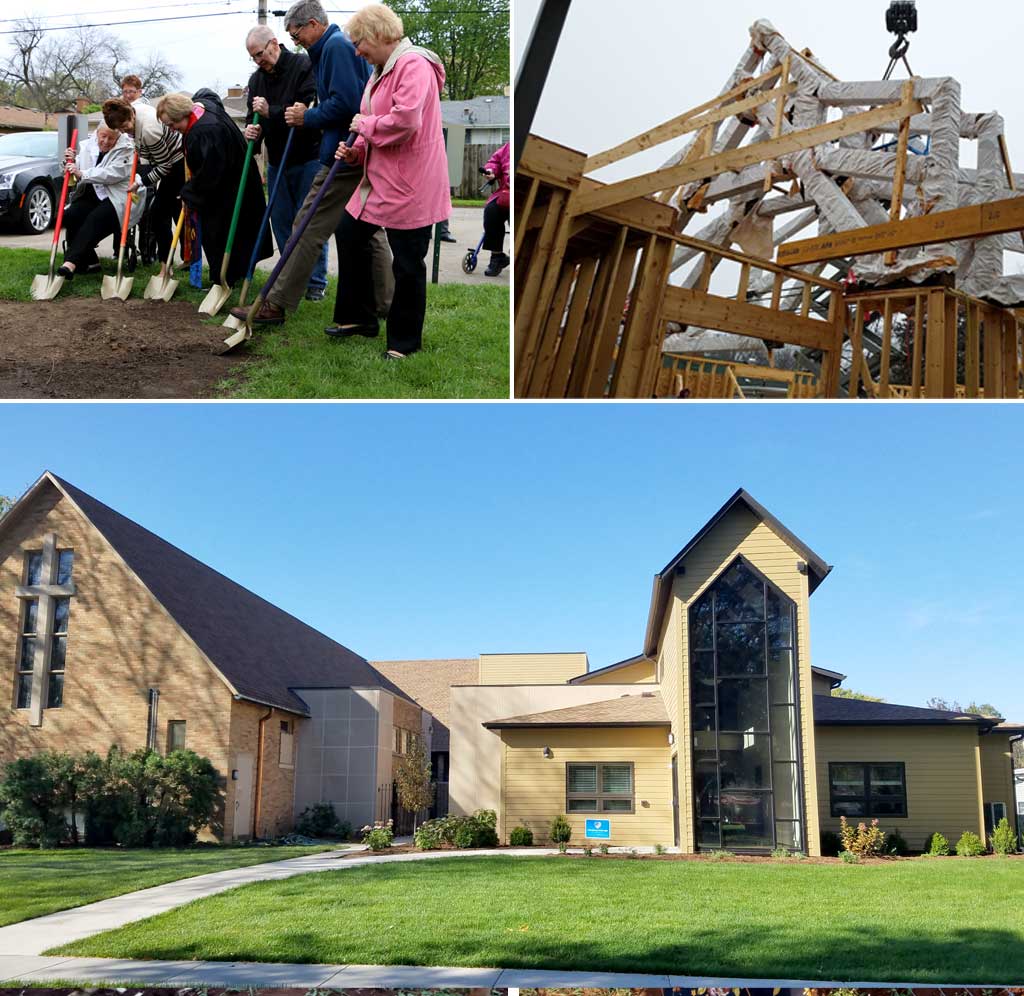